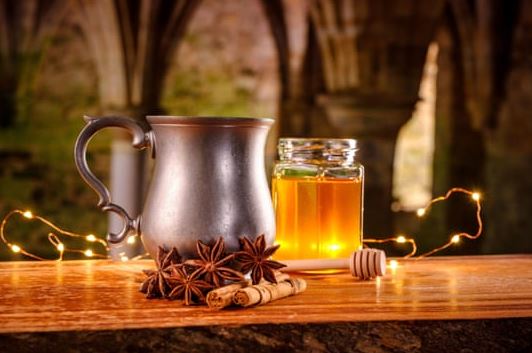 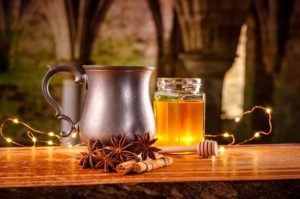 Mead, one of the world’s oldest alcoholic drinks, has been making a comeback on the back of the boom in craft beer.

Sales of the honey-based drink have grown in supermarkets after winning a strong fan base among younger drinkers in pubs and at beer festivals.

The conservation charity English Heritage claims to be the UK’s largest retailer of mead through the gift shops in its 400 historic buildings and monuments as well as online; it said it sold a bottle every 10 minutes.

Sales of mead have increased by an average of 10% annually for the past three years, according to English Heritage, and between April 2018 and March 2018 the charity sold 29,750 bottles, all made by the Lyme Bay Winery,in Devon, the UK’s leading producer of award-winning meads.

Mead, created by fermenting honey with water, dates back thousands of years and was once viewed as the drink of the gods, falling from the heavens as dew then gathered by bees. It was also believed to improve health and prolong life.

“As one of the world’s oldest alcoholic drinks mead has sometimes had quite an ‘olde worlde’ reputation but we’ve seen that dramatically change over the last five years,” said Samuel Boulton, managing director of The Vanguard, a cocktail bar and mead hall in Birmingham. “With the success of the TV show Game Of Thrones, as well as the rise in popularity of experimental cocktails, you could definitely call mead the new up and coming drink, and our customers really enjoy that historical throwback with the modern twist.”

Lyme Bay Winery makes seven own-brand meads, with different flavours, for English Heritage. In total it brews and sells more than 10 variations, including chilli and rhubarb flavours and a Christmas variety, predominantly in standard 75cl bottles but also in flagons.

Its drinks are also sold through Waitrose and local Co-ops, as well as in farm shops, delicatessens and garden centres.

Sophie Atherton, a beer sommelier, said: “I see the increase in the popularity of mead as linked to the craft beer boom and the surge of interest in gin, and also our love of food.

“Our culture today is full of desire for tasting new things and experiencing new flavours and despite mead’s heritage it will be new to most people. Perhaps there’s also an element of adding an instagramable historic setting and you’ve got a drink everyone wants to be seen supping.”

Regional beer festivals organised by the real ale group CAMRA now often have well-stocked mead sections. The Cambridge beer festival this November served up 15 different meads, all brewed in the UK and ranging in alcoholic strength from 4% to 17%.